The 3 legends of Kraków you must know about

Kraków is one of the oldest cities in Poland. With age comes the symbolic and mythical legends. Kraków of course is full of legends. Even the own creation of the Kraków is surronded by a legend that we will explore. Some of them might be true (or they have some truth in it) others might just be fiction. Let’s find out about some of the most famous legends in Kraków.

The legend of the Wawel Dragon 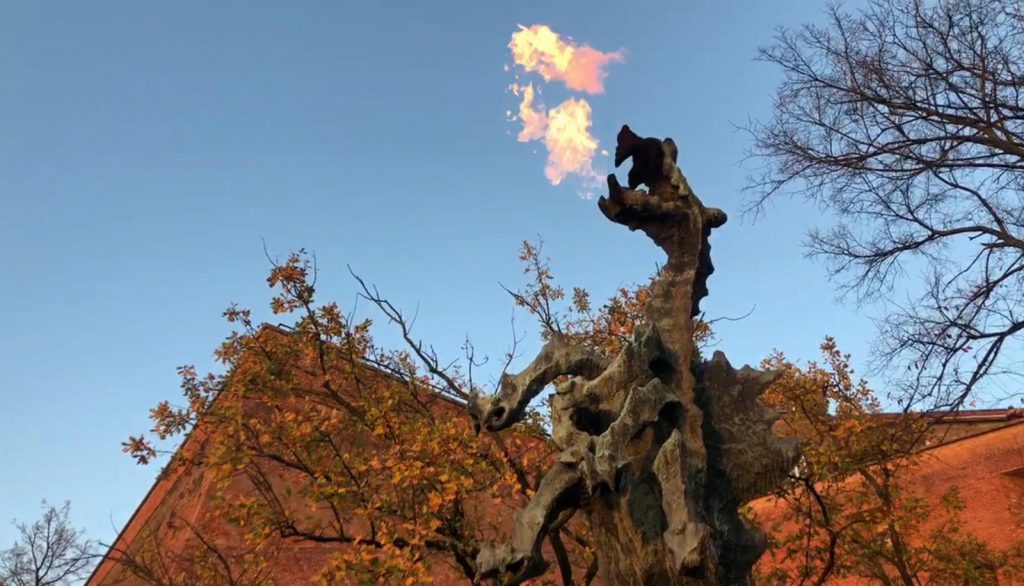 One of the most famous legends of Kraków. There’s around 10 different versions of this legend but this one is the most popular.

Once upon a time, a King reigned in Kraków, his name was Krakus. One day the peaceful and happy life in Kraków was disturbed by a dragon that lived in the underground of the Wawel Castle. This dragon was constantly devouring the sheeps of the shepherds. The population of Kraków couldn’t take this anymore and demanded KIng Krakus a solution to kill the dragon.

Due to the big importance of this matter, King Krakus decided to offer his daughter, princess Wanda, and whoever defeats and kills the dragon could marry the princess. The most impressive warriors of Kraków showed up to kill the dragon. But all of them were killed by the dragon. People started losing hope that one day the dragon could be killed. And then the most unlikely hero appeared.

Skuba was poor and worked as a shoemaker. But he had an idea. Since this dragon was so insatiable this would be his weakest point. He decided to take a sheep and fill its stomach with sulphur. Then he used this sheep as a bait to the dragon and of course the dragon ate it. Thanks to the sulphur inside of the sheep’s stomach, the dragon became extremely thirsty. He ran to the Vistula river and drank, drank and drank. Suddenly the dragon exploded!

The dragon was gone and Kraków could breathe with relief. The King Krakus kept his promise and the poor Skuba married the princess Wanda and became royalty. This is one of the most popular legends around Poland. Today you can admire the Wawel Castle where the dragon used to live and see his den. Because it’s underground, you can only visit his den during summer period. 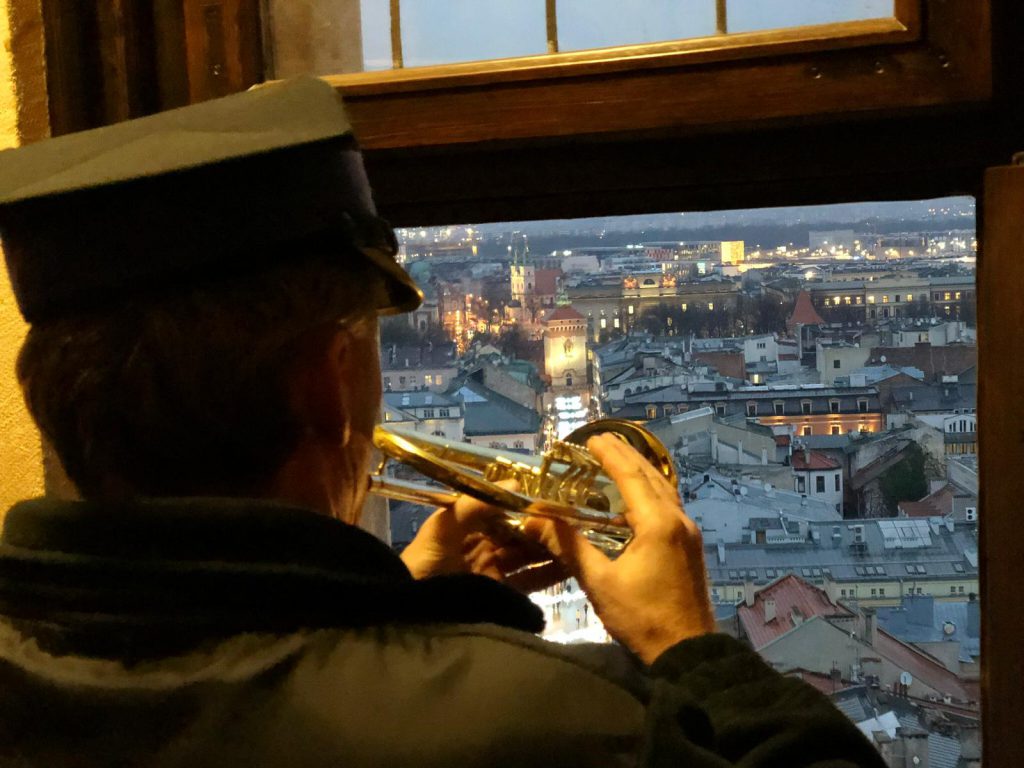 One of the first things that tourists wonder in Kraków is the story behind the trumpet call every hour from the St Mary’s Basilica higher tower. The legend behind the symbolism of this goes back to 1241 when Tatar invasion reached Kraków. A sentry responsible to watch enemy troops nearby started playing his trumpet when he saw Tatar troops approaching Kraków. While he was playing a Tatar arrow reached his throat and he died. This alarm although was sufficient for people to run away before Tatars reached Kraków.

This Trumpet Call is a tribute paid to the heroic sentry that gave his life to warn and protect the people of Kraków. The legend says he was hit by an arrow while playing and that’s why the sound you can hear nowadays every hour from the tower ends so abruptly.

What’s the true story? Find out by joining our Old Town Tour. 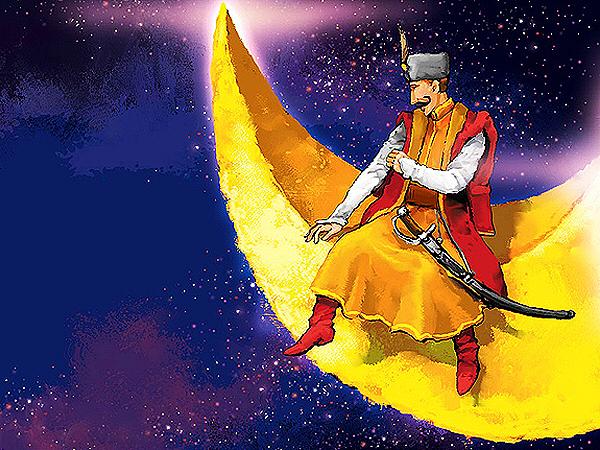 Did you know that way before Neil Armstrong, Poland had its first man on the moon? That’s what this legend claims and it’s one of Poland’s best-known legends. Twardowski was a polish nobleman from the 16th century. He made a pact with the devil and sold his soul in exchange for knowledge and magic powers. To make sure he would never give anything to the devil in return, he stated that the devil could only take his soul to Hell if he ever visited Rome. Something that he never intended to do.

Twardowski enjoyed his great knowledge and magic powers and quickly became famous in Poland. Thanks to his fame, he became a courtier of the Polish King Sigismund II Augustus. The King lost his beloved wife, Barbara Radziwiłłówna, and started looking for magical ways to ease his pain. Twardowski provided the King with a magical mirror where he could see the ghost of his late Queen.

Years after the pact, the devil tricked Twardowski when he visited a pub named after the Eternal City, Rzym (Rome in Polish). While his soul was carried away he started praying to the Virgin Mary. Thanks to that, his soul never got to Hell, instead he fell on the Moon where he still lives today.