Lady with an Ermine

On our logo you can find the dog. His name is Why’ka. This dog is very curious, explores every crook and cranny of Krakow and tries to solve secrets of the city by giving answers to the question WHY. 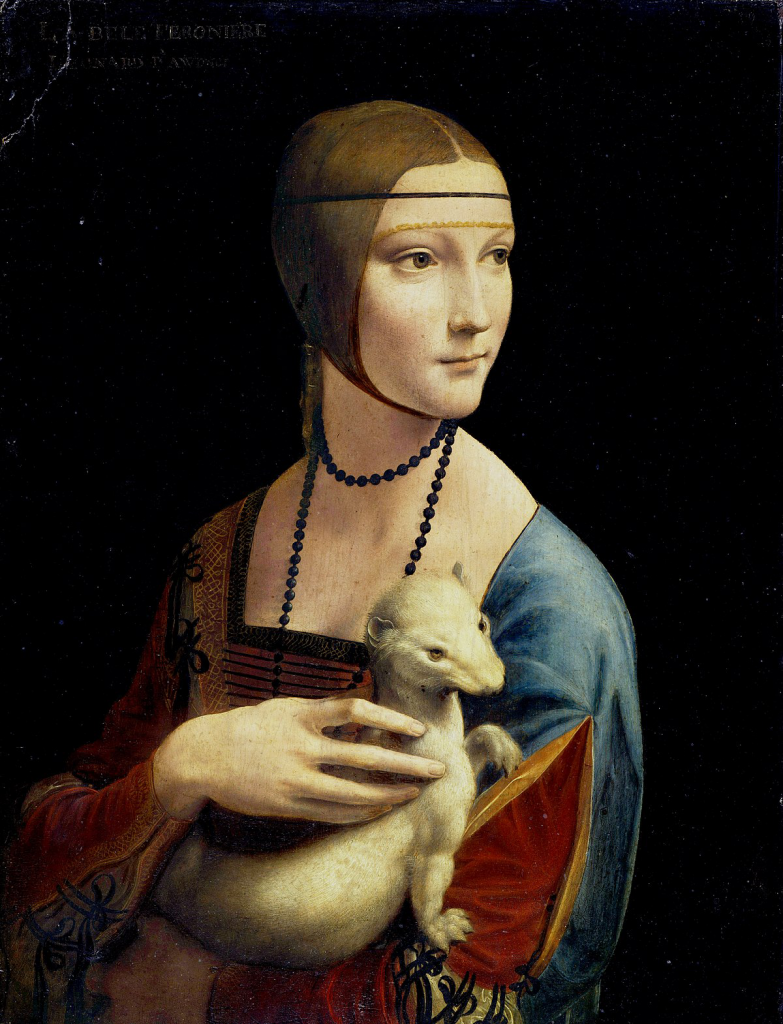 The speculations about one of the masterpieces of da Vinci

So, in Krakow you can see one of only four women portraits by Leonardo da Vinci.  The subject of the portrait is Cecilia Gallerani who was a mistress of the duke Milan, Ludovico Svorza. According to the story, Ludovico so badly wanted to have the portrait of him and his beloved Cecilia, that he decided to ask the most renowned artist to draw the painting representing them together. But as you may guess, there was a bit of a problem i.e. the wife of Ludowico Sworza could become somewhat jealous about that situation. So, Leonardo got a task to paint the duke of Milan in such a way, that his wife would not be able to recognize him. And as you can see,the Italian genius decided to make a trick. He personified the duke of Milan in the form of a fluffy noble animal – ermine! And why exactly this animal? In the days of Enlightenment an ermine was a symbol of purity and nobility. It was also believed that ‘an ermine(…) would rather let itself be captured by hunters than take refuge in a dirty lair, in order not to stain its purity’. That’s the royal manners! Well, now you perfectly know that there are two people at the painting – Cecilia Gallerani, who was the mistress of duke of Milan, and the duke of Milan himself in a form a noble animal – ermine. The question is, why Why’ka was so sure that there are three people to be found in the painting?

Hmmm. That’s still the matter of debate. But some specialists claim that the lady is pregnant and there’s a child in her belly! Notice, that’s probably the reason why she’s holding her belly with her left hand!