Sub Aethiopibus or the House with Two Ethiopians

Today Why’ka decided to go on a stroll along the Royal Way. When suddenly at the Florianska Street 1 he found a somewhat unusual for Krakow carving. The carving represents two black Africans holding a basket with some fruits and grapes. “What is the message behind this carving?” wondered our Krakow Explorer… At our next episode we will shed some light on the significance of that exotic carving. 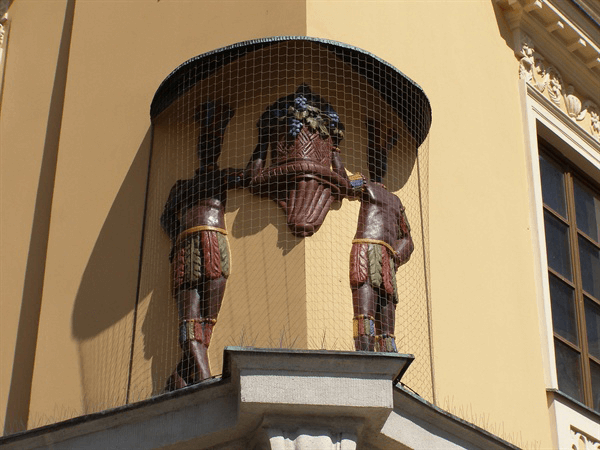 And indeed, the carving is exotic, that was actually intended like this! At the Florianska 1 from the 15th century was located a pharmacy. Of course, the pharmacists could afford having their shops just next to the St. May’s Church. So, the carving what you can see above the entrance is nothing but a vivid advertisement that in this pharmacy you could find the most unusual drugs and medications which were not generally sold in other places. The carving of two Africans would be quite exotic for Krakow and the owner decided to emphasize in this brave manner that in this apothecary shop you could find practically anything that aphysician or a simple human being might need.