The 7 places with the best view over Kraków 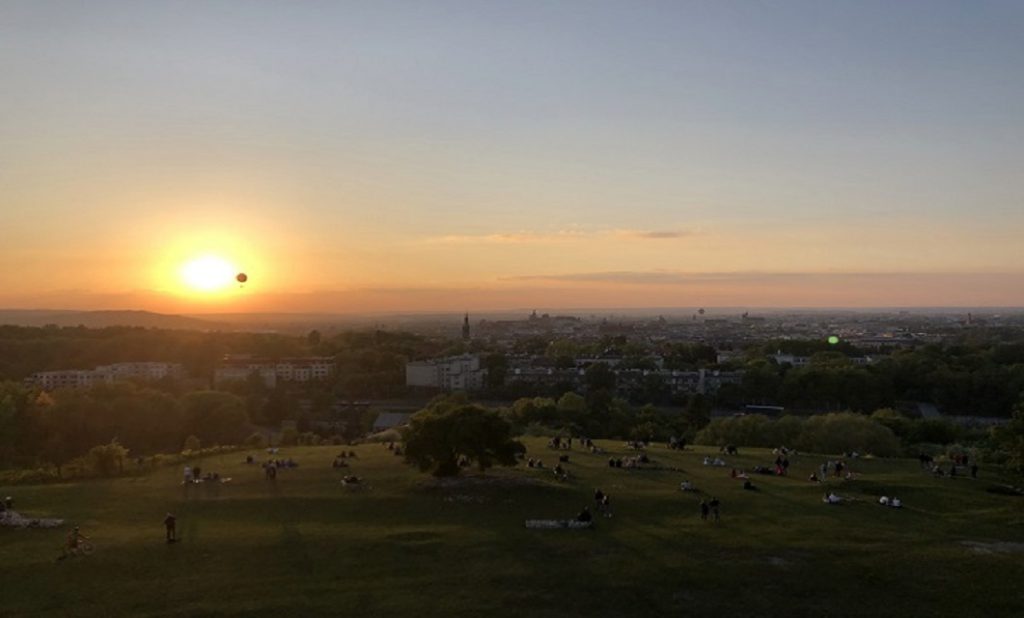 This is a really cool place with a nice view over Old town, Jewish quarter and former jewish ghetto. Next to it we can also find a Liban quarry where The Schindler’s list movie was filmed. There are some decorations from the movie still left, like for example, the jewish tombstone which was used as the road to the concentration camp in the movie.
In general, Krakus mound is a place where the locals like to go for picnics, romantic dates and drink beer with friends (even though it’s prohibited to drink alcohol on the streets). Finally, Krakus mound is the place for many different events and festivals. Probably the most famous is Rękawka which takes us back to pagan traditions of pleasing gods. During the festival participants wear pagan clothes and serve food prepared according to the old recipes. 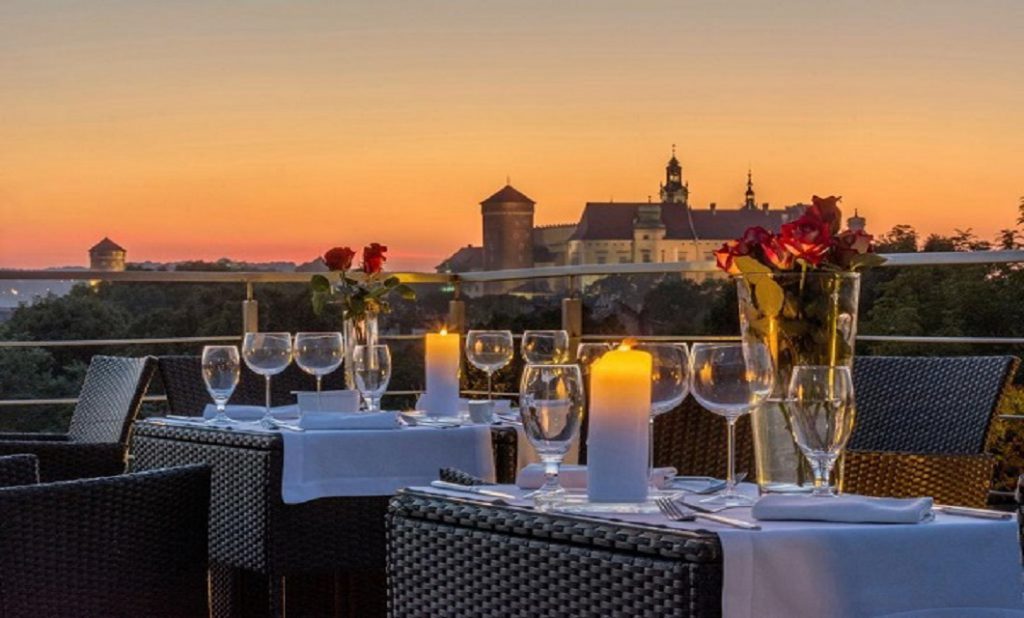 The place is right in the heart of the Jewish Quarter, Szeroka Street. Around it you’ll find 3 synagogues including the second oldest still preserved in Europe, also a Jewish cemetery with almost 500 years old tombstone. The restaurant is on the top of the hotel named after Helena Rubinstain, one of the most famous and richest women in the world – the HR cosmetics magnate.
So, take a coffee/wine or proper dinner and enjoy the view of buzzing life in the Jewish Quarter. 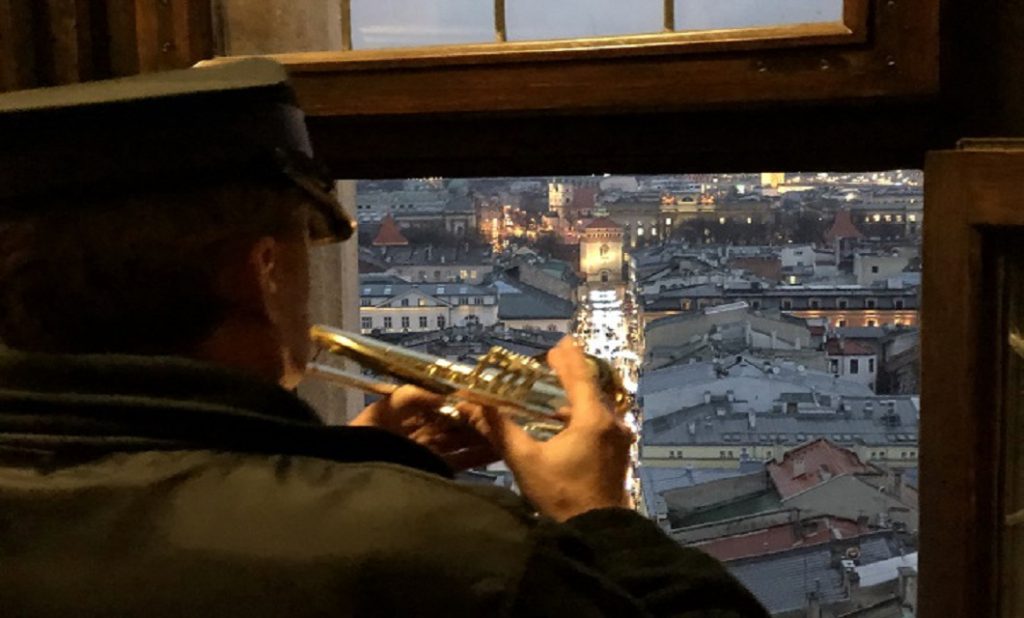 We believe that every tourist who comes to Krakow knows or at least has heard the melody playing every single hour from the highest tower of st. Mary’s basilica. But not all of them know that you can actually visit this tower. It’s so easy, there are around 270 stairs waiting for you to climb them up. However, it’s worth visiting the tower not only because of the magnificent view, but also to meet the trumpeter who plays this melody. Yes, this is a real man, not some recording. There are 7 of them who serve 24 hours on call. Being up there you will find yourself on the top of the biggest medieval square in the whole Europe.
Take into consideration that tower is opened only at specific time of a year.

The rooftop bar in a musician academy on Tomasza Street 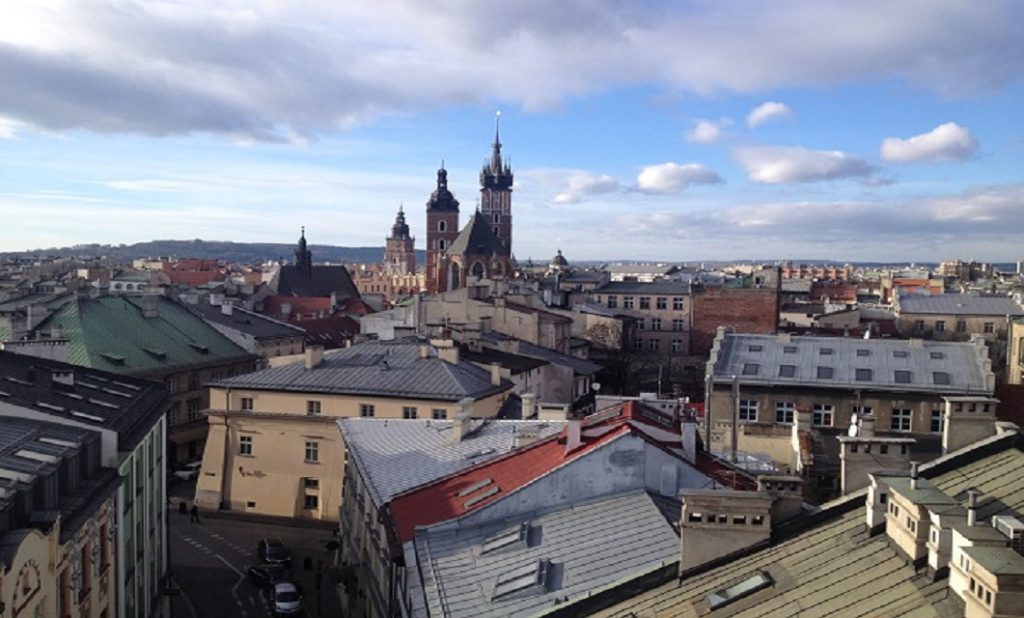 Every cracovian knows about this hidden gem in the Old Town. It’s not easy to find it, because you have to go through musical academy first, then find an elevator there which brings you to the top of the building. And there you’ll find probably the most picturesque view in the city. The height of the building is perfect to see roofs of buildings around. You can buy some typical polish dish there for a decent price, enjoy the sun and admire the view. The bar operates according to the schedule of the musician academy. 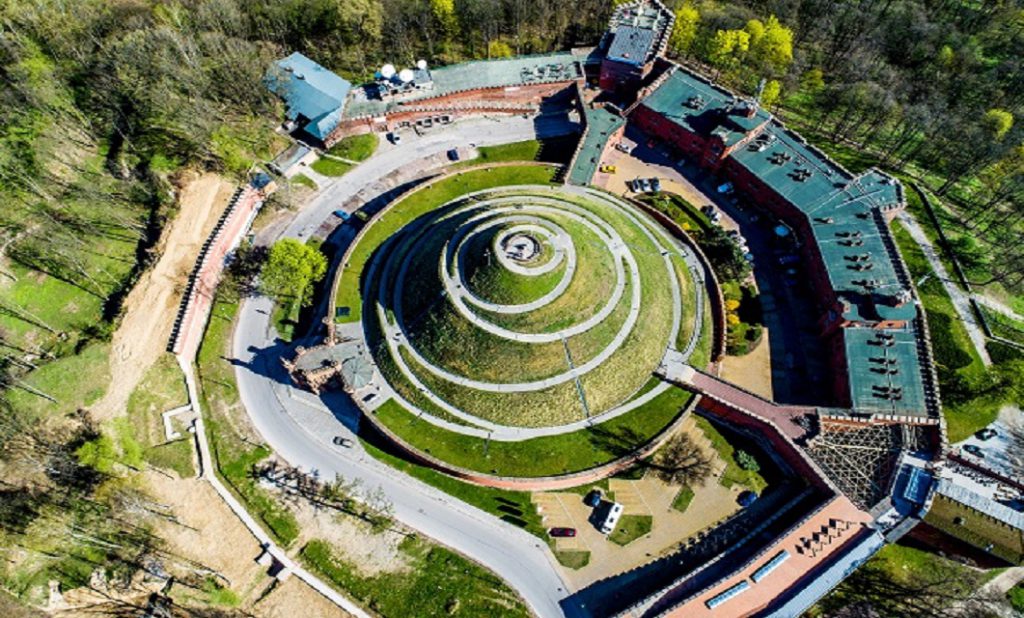 The place is named after the national hero of Poland, Tadeusz Kosciuszko. He fought for the independence, not only of Poland, but also USA by taking part in the American revolution. The mound is only around 1h walk (or 10 min ride) from the city center. We recommend to take a walk there, because on your way there you will find another beautiful district in Krakow called Salvator. The district full of old churches, picturesque streets and rich villas from the 19th century.
Getting up there is thrilling, because you have to take a walk on the top of the hill (which is pretty high). But being up you’ll take your breath from a magnificent panoramic view of the city. For example, you can see famous Błonia, a huge field, where JP2 and the Pope Francis spoke to millions people from. You’ll be surprised how green Krakow is.

Not far from the Kosciuszko mound is another hidden and wild spot in Krakow called Zakrzówek. This is an artificial lake in the city. Back in time there was a quarry there, then they filled it with water making sort of a lake. The water there is blue which gives this place a unique character. Zakrzówek is famous for many reasons, for example, a diving station. At the very bottom there’s an old bus, an air plane, an office table with a computer and many other things to discover. Despite the fact that it’s illegal, people go there to swim in summer and … in winter. Yes, some Poles do so called “morsowanie” (lit. “be like a walrus”), when they swim in a lake in 0 or smth degrees. Crazy people 🙂
Nowadays there are plans to turn Zakrzówek into a cultural and civilized place. 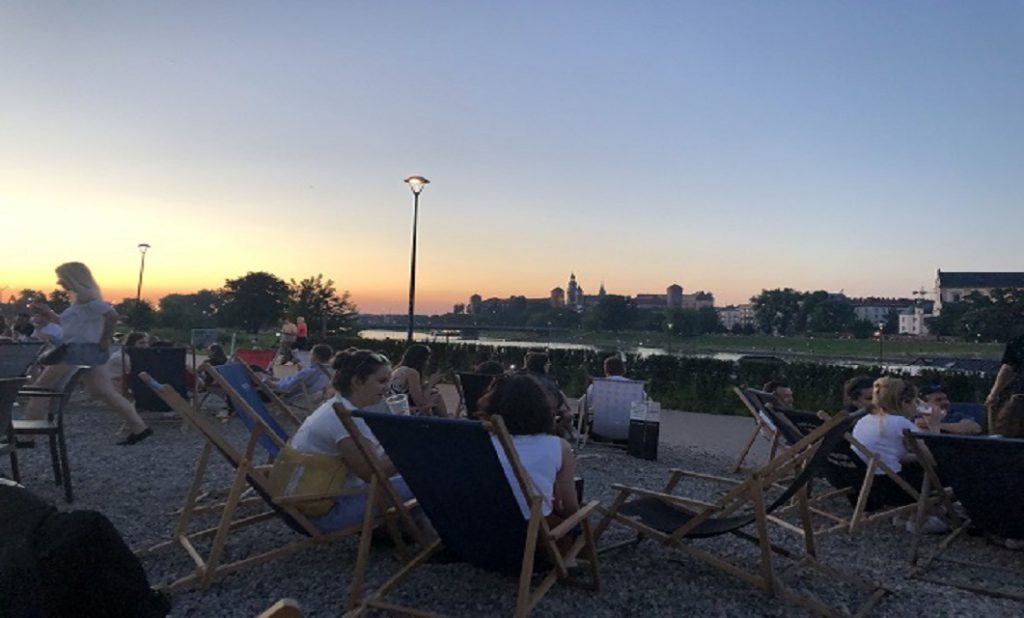 Probably, the most popular and crowded place in Kraków to get a drink. It consists of many street food bars, some restaurants, a sup station, a flying balloon, a ferris wheel and even a sauna. Take a beer or two, lay back on the sun bench and enjoy the view over the river, Wawel Castle, the monastery etc. Take a flight with the balloon (scary one!) and go hundreds of meters up to see the whole city on your palm. Then go back to the earth and take again a beer or two 🙂

Still not enough? Kraków can offer you even more. Some places such as Wawel Hill or Bernatek Footbridge are also very picturesque places. If you wish to know more spots for your pictures on social media, just ask one of our guides.